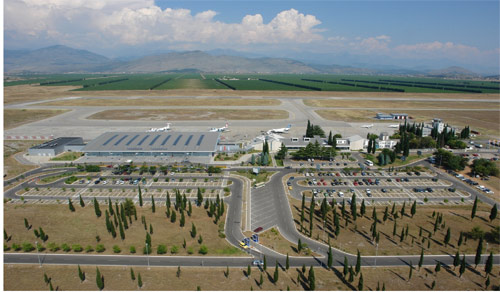 After more than three decades, today’s airport, bearing the name of its home city, was modernized, extended and equipped as a modern airport. The overall look of Podgorica, the elegance of form and charm of some of its units or parts make it the ambassador who best represents its country in the eyes of foreigners and travellers.

After the state of Montenegro took over the airports, their accelerated, planned, and dynamic development started, as well as their international promotion.

With the project of modernization of Montenegrin airports, worth around 30.000.000€, which was a loan supported by the European Investment Bank and the European Bank for Reconstruction and Development, new capacities were built on both airports. The existing ones were modernized and reconstructed, and new modern airport equipment was acquired. This program promoted the quality of rendering services to passengers and airlines, and also provided higher safety and security to all the users of the airport services.