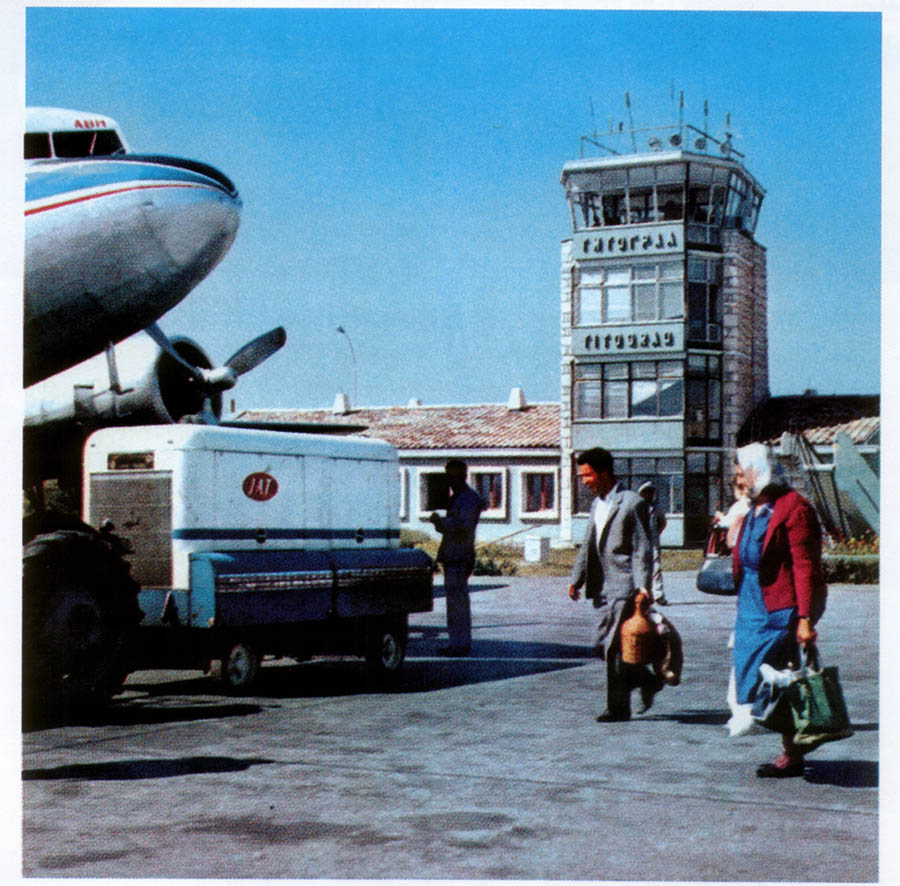 On 13th of July 1977, the Day of the uprising of the Socialist Republic of Montenegro, the reconstructed and modernized airport Titograd-Golubovci was officially opened, then, one of the most modern airports in the country. Marko Orlandić gave a speech at the ceremony, the President of the Executive Council of Montenegro, and Mirko Popović, who presented constructors with golden watches – a gift of the Assembly of Titograd.

This modern airport, located in Golubovci near Titograd, with the runway 2500m long and 45m wide, could handle almost all types of passenger aircraft of that time. The runway had furnished safety belts (“threshold“) on both ends, which were the guarantee of safety in case the aircraft, eventually, deviated from the runway. In addition to this, there was also a parallel taxiway 2500m long and 15m wide.

The community obtained the airport as the most beautiful gift for 13th of July, the Day of the uprising of Montenegrin people. The airport in Titograd was opened for scheduled traffic on 16th of July that year, and was important not only for the Socialist Republic of  Montenegro, but also for all of our air traffic. In 1977, given the territory and number of citizens, Montenegro had a relatively dense network of airports which consisted of Titograd, Tivat, Ivangrad and Žabljak.