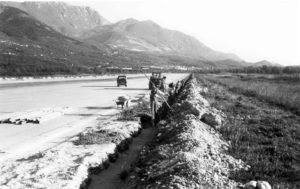 From 1968 to 1971, a modern airport was built on this location with the new asphalt runway 2500m long and  45m wide, the apron 450m x 70m, two connectors 20m wide, a passenger building, a new control tower, and auxiliary service areas.

The reconstructed and modernized Tivat Airport was officially opened on 25th of September 1971. There was a big ceremony was held on that occasion. It was attended by citizens of Tivat, Kotor Bay and other towns, as well as representatives of social and political organizations of Montenegro, foreign and domestic airlines, Federal Administration for Civil Aviation, journalists and other guests.

Decorated with various flags, the airport looked impressive. Many girls in folk costume from Boka and a group of people dressed old Boka Navy uniforms greeted Yugoslav Airlines DC-9 aircraft, named by the wife of the President of Tivat Municipality Assembly. The speakers of this great ceremony were: Blažo Jovanović, President of the Constitutional Court of Yugoslavia, who had the honour to open the airport by cutting the ribbon; Mato Krstović, President of Tivat Municipality Assembly; Vidomir Krunić,  Director of JAT; Milorad Šljivar, acting Director of the Federal Administration for Civil Aviation; and Vlada Matijević, Director of Tivat Airport. 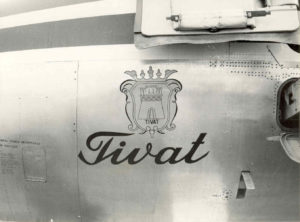